Many Westerners often equate Indian cuisines with curry.  Curry is a very general word, loosely used to describe vegetables, pulses, meat and fish cooked in a sauce with spices.  However, one single word, by no means could be used to describe the cuisines of the Indian subcontinent.  In order to dispel the mistaken generalizations, let’s delve into the origin of ‘curry’.

Curry is believed to have originated in the cuisines of the Indian subcontinent and is also found in south-east Asian and African cuisines.  The roots of the word could be traced back to the Tamil word ‘Kari’ which means sauce.  It is also a tree, mostly found in the southern parts of India.  The curry leaves are often used to cook several Indian dishes of both south and west Indian cuisines.

My research led me to the beginning of the usage of the word: it was first used in 1390 in an English cookbook, “The forme of Curry”.  It was also used in 17th century by the members of the British East-India company trading with the Tamil merchants, what was then, a blend of spices known as Kadi podhi or as we know it today, the universal curry powder. 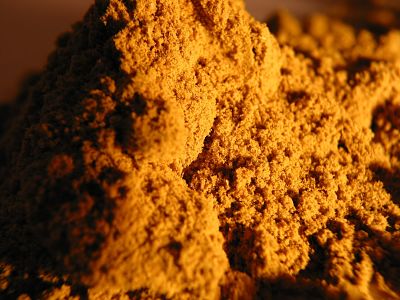 Traditionally, spices are used both as whole and ground; cooked or raw, and they may be added at different times during the cooking process to produce different flavors.  The primary spices found in most curry powders are coriander, cumin, and turmeric.  Depending on the geographical region and the dishes being cooked, a wide range of additional spices may be included.  The practice of grinding and mixing spices using mortar and pestle dates back to 2600 BC, to the Indus Valley civilization, with which they flavored food.

Curries may be either ‘dry’ or ‘wet’ (natives call it ‘gravy’).  Dry curries are cooked with very little liquid which is allowed to evaporate, leaving the other ingredients coated with the spice mixture.  Wet curries contain significant amounts of sauce or gravy based on yoghurt, cream, coconut milk, coconut cream, legume purée, or broth.

Now that the etymology and origin of curry has been established, let’s move on to the delicious variations of different curries.  Not one curry is exactly same as the other one. The flavors vary from one state in India to the other and even from one family to the other.  For example, a north Indian Dal (lentil curry) is very different from its south Indian counterpart.  In north India, the oil used is vegetable oil or sunflower/soybean oil.  However, in south India a lot of coconut oil is used to cook, which clearly creates a distinctive taste.  The spices and the herbs used in the dishes are different as well.  In north India a lot of whole garam masala, cream and coriander leaves are used, whereas in the southern part of India coconut milk, curry leaves and other ground spices are used.  In Indian cuisine, we have chicken curry, vegetable curry, meat curry, fish curry and even egg curry.  But as you can imagine, not one curry tastes the same as the next one. 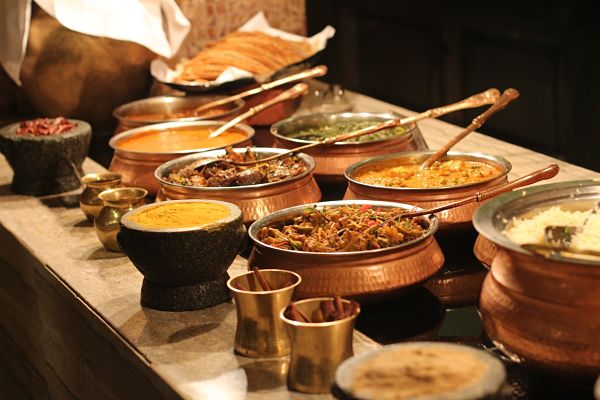 Having described ‘curry’ at length, Indian food is not defined by curry alone.  Along with these curries, we have fried vegetables and fish, and different types of bread known as roti, naan, paratha and also rice dishes – pulao and biryani both being very popular Indian dishes.  Here again, these dishes from one part of India is different in terms of flavor from the other part.

If I had to choose one of my favorite curries, I wouldn’t be able to, as every curry is laden with delicious diversity.  So, in conclusion, if I were to hear one more time that Indian cuisines is just curry, I would raise my eyebrows as high as I can and roll my eyes as much as I can!