When Faeimm asked me to write an article for the Food Explorers I thought I would review “The Bitter Truth about Sugar”, a popular but controversial video released 10 years ago about how sugar, specifically fructose, is a leading cause of obesity.  As I started to write I realized I did not have a good concept of what exactly a carbohydrate is.  For example, how carbohydrates in bread and pasta differ from those of sugar.  How fructose differs from sucrose.  I decided that I should first answer these questions instead and share my newfound knowledge with you.

What is a Carbohydrate?

Biochemically a carbohydrate is a “carb” and a “hydrate”.  The “carb” is a carbon atom and the “hydrate” a substance containing water or its constituent elements (H2O).  The word carbohydrate is synonymous with the word saccharide (from the Greek name for sugar), which is used in the classification of carbohydrates.

Carbohydrates in the Diet

The most common sources of carbohydrates in the human diet are the disaccharides sucrose and lactose and the polysaccharides starch and cellulose.

Sucrose is what we call table sugar.  It is derived from sugar cane or sugar beets and has a chemical make-up of one glucose and one fructose molecule.

Lactose is the sugar that is found in dairy products and consists of one galactose and one glucose molecule.

Cellulose in the plant is used as a support structure in the cell wall. In the diet it is what is commonly known as fiber.

Starches are what we generally think of when we think of carb loading or a high carb/low carb diet.  They are polysaccharides featuring long units of glucose molecules and are commonly found in breads, pasta, rice etc. 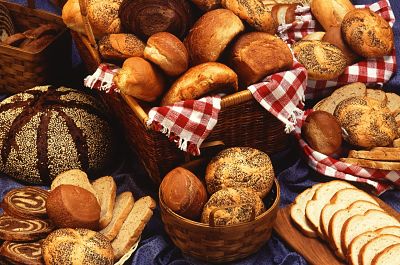 The destiny of carbohydrates in the body

If the enzyme to breakdown the multi-unit carbohydrates is lacking, it will not be absorbed through the wall of the small intestine into the blood stream and therefore cannot become an energy source.  Two examples of this are cellulose and lactose.

Unlike some animals, humans lack the enzyme to break down cellulose making it resistant to absorption.  It therefore continues through the intestinal tract as we know fiber to do.

People suffering from lactose intolerance lack the enzyme required to convert lactose into glucose and galactose.  The lactose cannot be absorbed through the intestinal wall and remains in the digestive system resulting in diarrhea and other intestinal discomforts.

Not all monosaccharides are equal and what happens next depends on the monosaccharide. I will concentrate on the differences between glucose and fructose – the two components of table sugar. 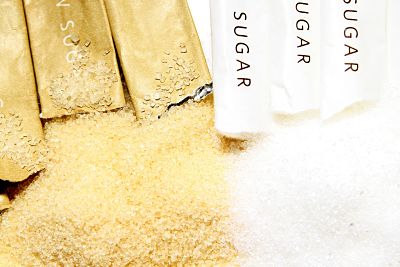 Glucose, the energy of life

Glucose is the most prevalent and most important of the monosaccharides.  It is the building block of starches.  As mentioned above sucrose and lactose each are 50 percent glucose and starches consist only of glucose.  Every cell in the body is able to utilize glucose in a process called glycolysis.  The end product of glycolysis is Adenosine Triphosphate (ATP).  Since ATP is required for all energy consuming processes in the body, glucose has been aptly given the nickname “the energy of life”.  Glucose that is not immediately converted to ATP can be stored as glycogen in the liver and muscles, which can later be converted back to glucose when the body needs it.

Glucose is the source of what is commonly known as blood sugar.  The terms blood sugar levels and blood glucose levels are interchangeable.  Other foods that are not primary sources of glucose such as lean meat, which is virtually only protein (i.e., not a carbohydrate), will result in a much slower and lower rise in blood glucose levels.  The process through which this happens is called gluconeogenesis.

It is the relationship that glucose has with insulin and 2 other hormones called ghrelin and leptin that results in a feedback loop that manages our appetite and determines our energy levels.  As blood glucose levels rise, the pancreas releases insulin, which in turn stimulates the cells to take up glucose from the blood and to begin the glycolysis process.

Differences between glucose and fructose

Fructose is much sweeter than glucose.  It is what gives fruit, honey, and sucrose their sweetness. 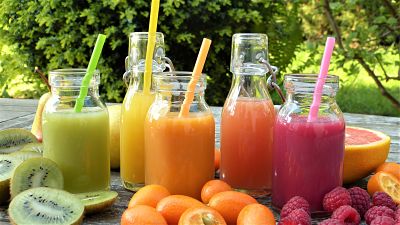 Some of the major differences between glucose and fructose are:

It is these differences between glucose and fructose that the video “Bitter Truth about Sugar” focused on and which now seem to be the center of much debate regarding to what degree sugar, and in particular fructose, can be blamed for the worldwide obesity epidemic.  But that is a story for another day.