SERIAL TRAVELLER WITH AN INSATIABLE APPETITE FOR GOOD FOOD 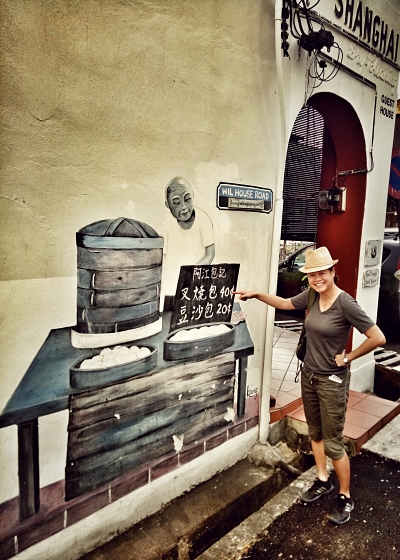 Adeline was born on the island of Penang in Malaysia and was forced to learn how to cook when her mother was hospitalised when Adeline was about 9 years old.  She remembers standing on a rickety stool, precariously perched over an ancient Zanussi stove frying eggs and rice while her mother recuperated in hospital for over a week – which at the time seemed like a decade.

Her mother survived the health scare, and her father and brother survived her cooking endeavours… and the experience became a positive one when it ignited a passion for food in Adeline.  She started helping her mum out in the kitchen, and developed an ‘agak-agak‘ method of cooking, the innate knowledge of cooking without measurements or needing to follow a strict recipe.  Through that, she honed her tastebuds and in adulthood, when travelling opened a new world to her, started experimenting with different cuisines after she had tasted them overseas.   Her passion for food also spurred her to attend cooking schools in Australia, Chile, Japan and Morocco.

Having travelled to over sixty countries, her cooking repertoire now includes South East Asian, Szechuan, Japanese, Korean, North and South Indian, Italian, Spanish, French, German and modern European dishes, to name a few.  She also bakes and makes a killer chocolate cake, but unfortunately never did quite develop a liking for sweet things, and so the family and friends benefit most from her baking!

Adeline lived in Malaysia, Singapore and Australia before moving to Bonn, Germany in 2017.  She loves exploring the markets in different countries, their local cuisine and learning new styles of cooking.

Write to Adeline on adeline.alisaundre@gmail.com if you are interested in learning about her travels and her food discoveries.